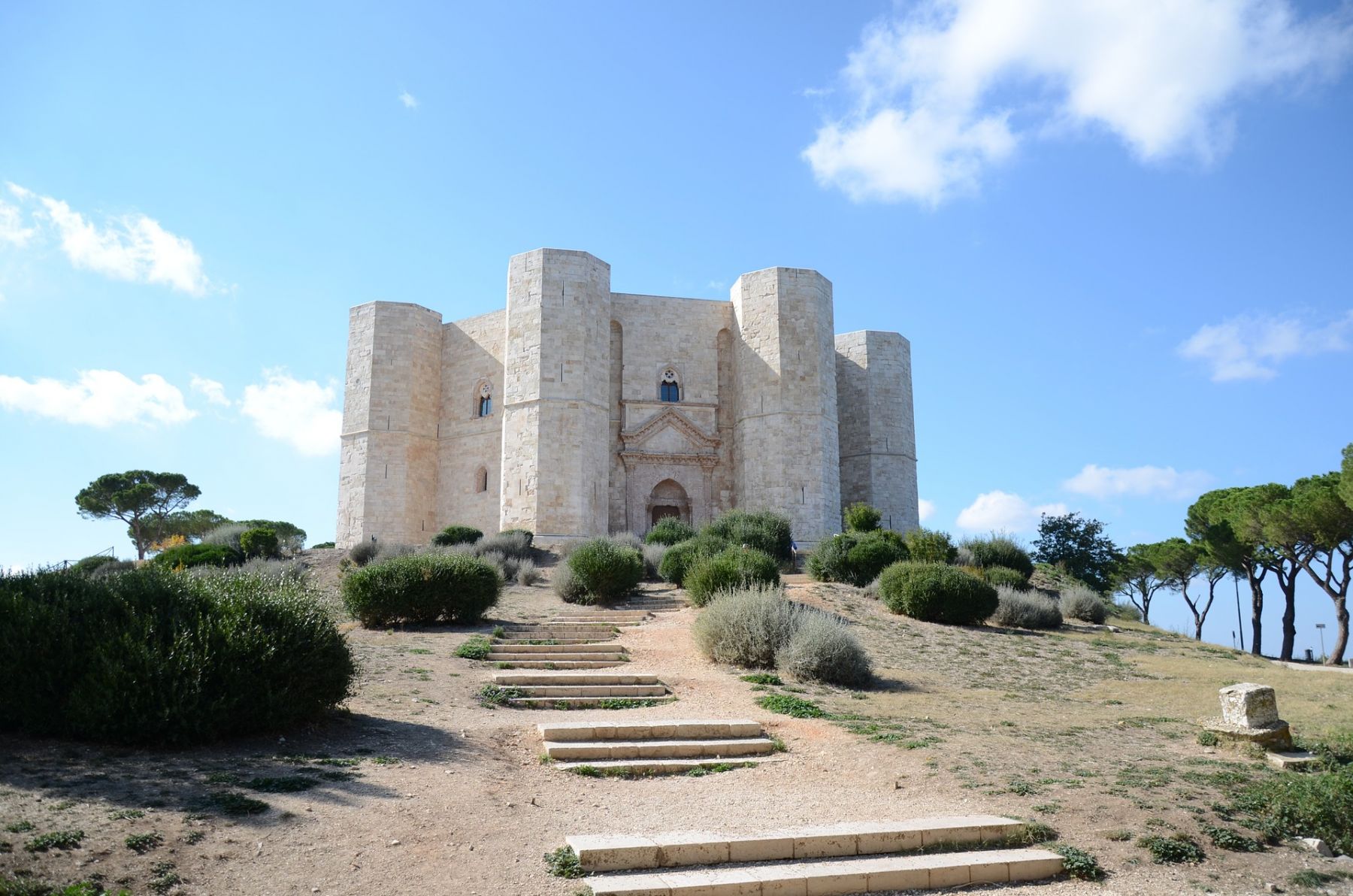 Most people don’t realize that the region of Puglia (Apulia) has the longest coast of any of the Italian regions (excluding the islands of Sicily and Sardinia, of course). From its northern-most coastal town to the bottom of the heel of Italy’s boot, Santa Maria di Leuca, Puglia is a total of 425 km! Many visitors do not make it beyond whichever beach destination they have chosen for their holiday, but Puglia is so much more. The inland villages and terrain are fascinating and Castel del Monte in Andria is a must-see! Let’s find out why. 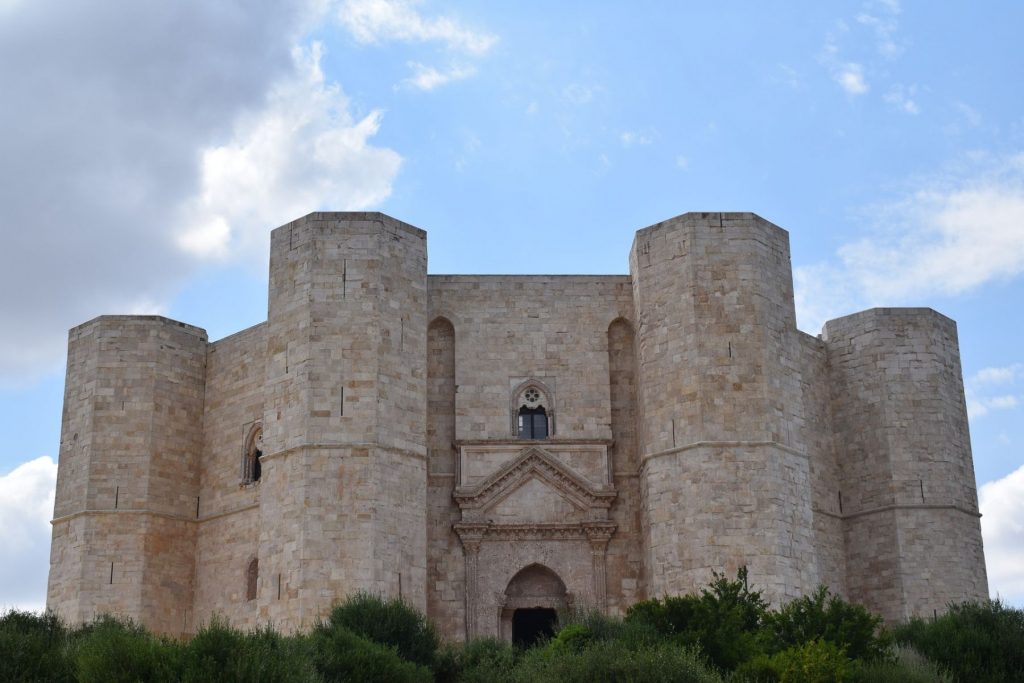 Located an hour inland from the major city of Bari, Castel del Monte means “Castle on the Mountain” and, you guessed it, it’s named after its stunning 13th-century castle. It became a UNESCO World Heritage Site in 1996 and draws thousands of visitors each year. It is definitely one of the most recognizable castles in Italy.

Built by Holy Roman Emperor Frederick II in the 1240s atop a hill approximately 540 meters above sea level, the castle has a stunning view of the surrounding landscape and the Adriatic Sea. At first glance, its perfectly symmetric octagonal design will capture your eye because it’s very unusual for castles. 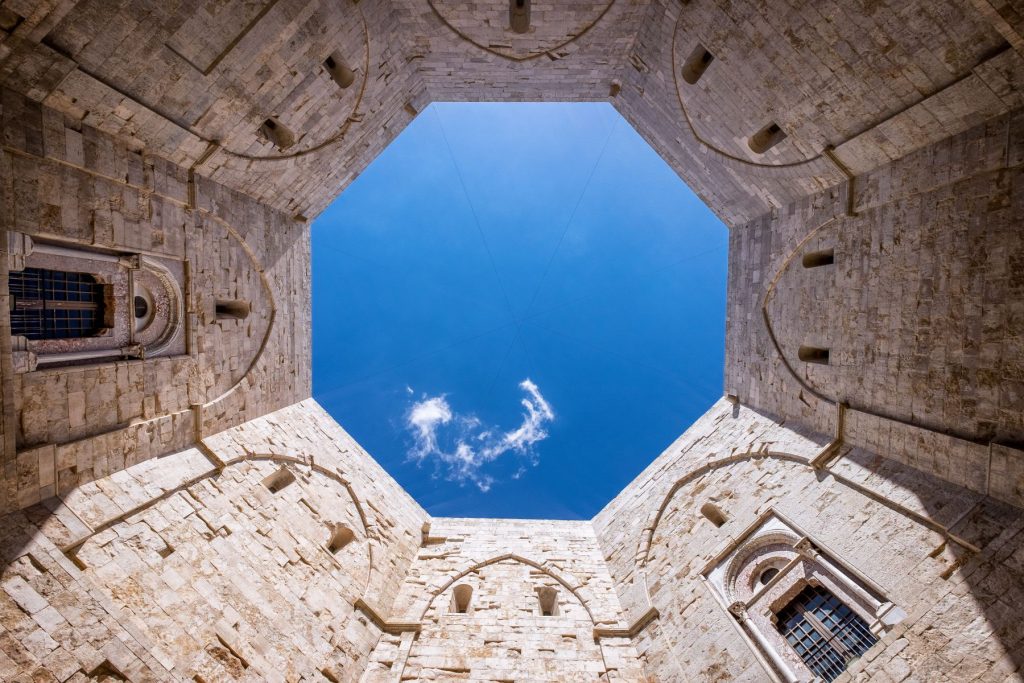 We credit Frederick II with this masterpiece, but obviously, he didn’t build it. The masons and engineers assigned were highly skilled and were able to build this monument with eight perfect sides, eight identical towers, eight rooms on the ground floor, and it is believed to have contained a pool also in an octagonal shape. Mathematically speaking, the number eight is also highly significant as it represents infinity. Its location was also chosen for the sunlight; the castle is exposed to the sun from sunset to sunrise.

Over the years, the castle has undergone numerous massive reconstruction projects which mostly stripped it of its original furnishings and pieces. It is still visitable by reservation only*.

The castle is located about 25 minutes by car (18 km) from the town of Andria, one of the oldest in all of Puglia. 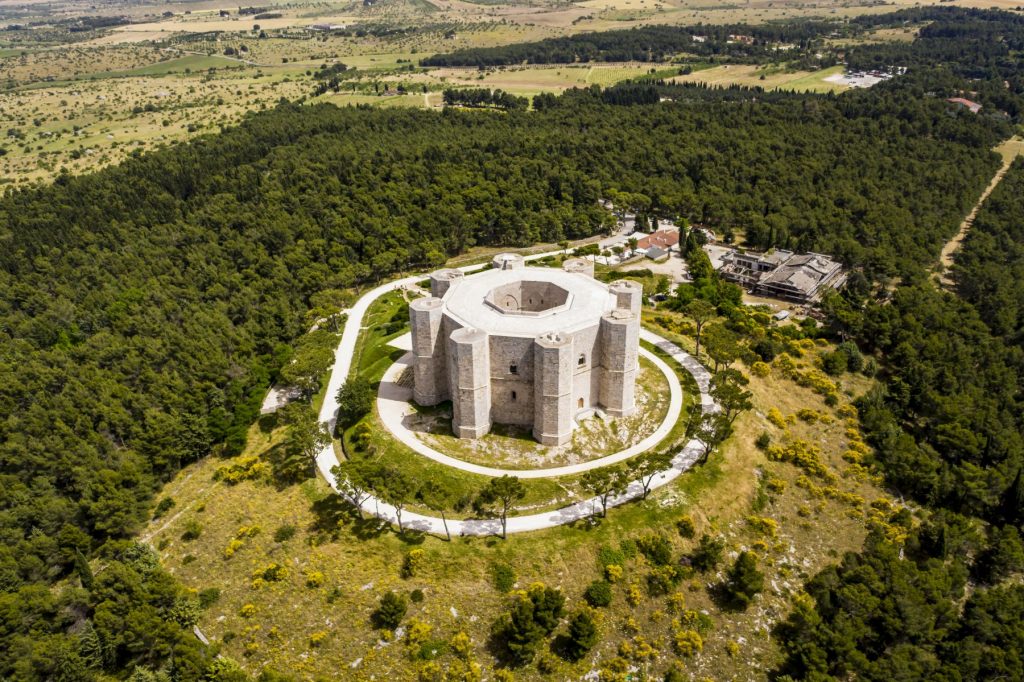 *At the time of publication, the castle was closed to due to Covid regulations.